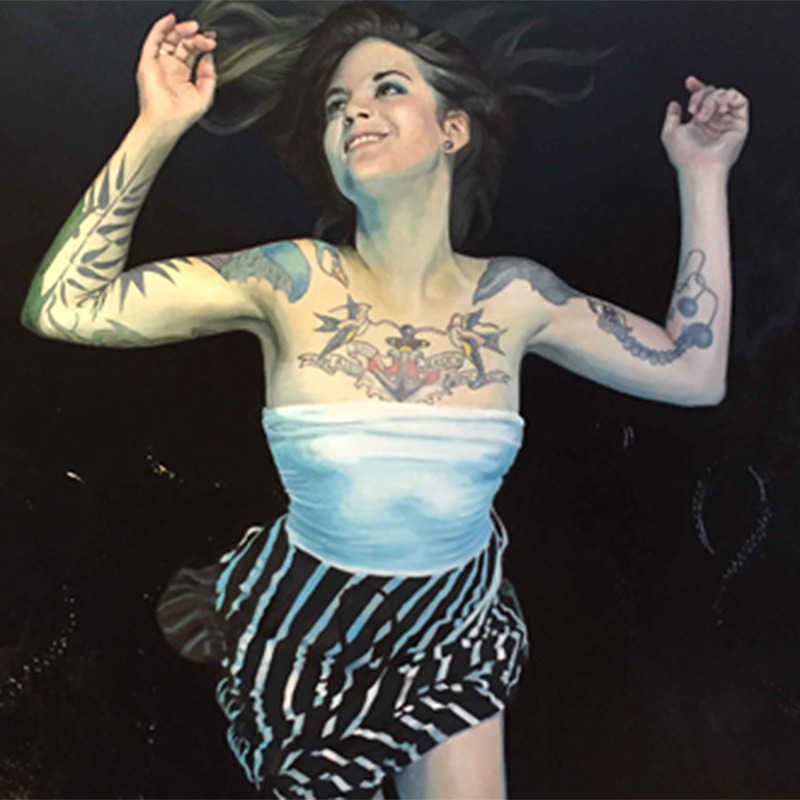 Melany Dierks was born in Caracas, Venezuela January 22, 1983. Gaining maturity in her practice, a bad acid trip and the desire to rebel, Melany moved to CA in 2004 and received her BFA in Communication Arts from Otis College of Art and Design in 2007 and established herself as a graphic designer and storyboard artist. Teaching basic elements of painting to children would be the next driving force to transition from graphic applications to more of a studio practice while picking up the techniques of being a tattoo artist. A few years after giving birth in 2013, she received her MFA from Otis in 2016, with a focus on painting. She has embraced all the codes of realism and narrative while at the same time, allowing fantasy to permeate the paintings in a way that questions reality. She began painting murals after moving to Long Beach in late 2016. Art has been the driving force of her life, with every aspect honored with gratitude. She currently lives in Long Beach established as a working artist in the fields of paint and tattoo.